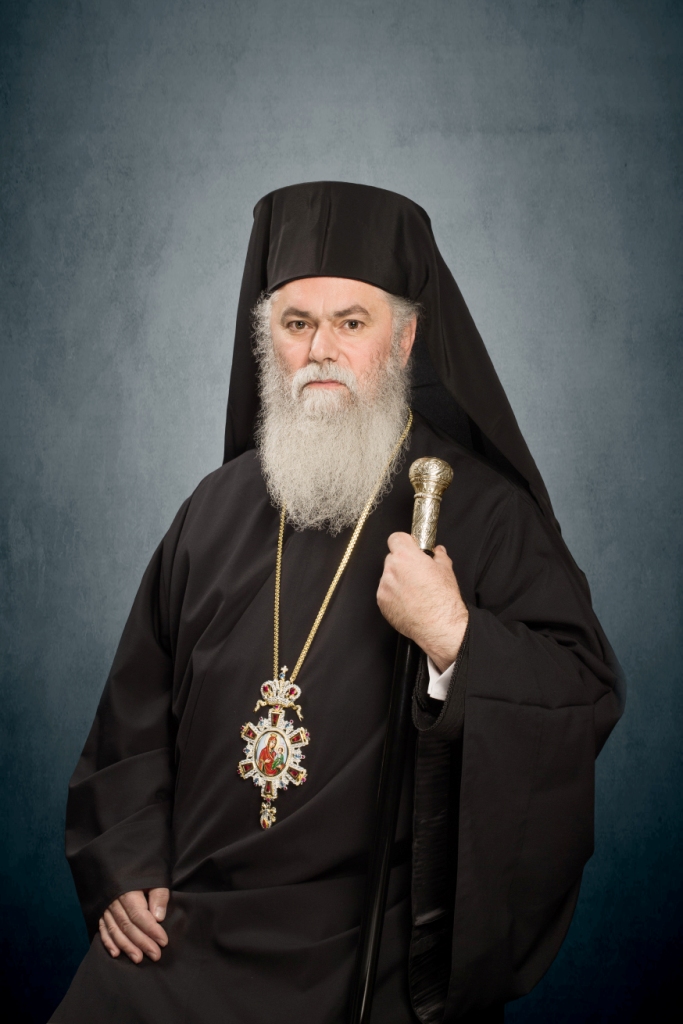 His eminence Hieronymus (Nicholas Karmas), Metropolitan of The Holy Archdiocese of Kalavryta and Aigeialeia, was born in Aigio, Achaia on the 19th of May 1966, child of Demetrius and Basiliki and member of a family blessed with many children.

He joined the brotherhood of the Holy Convent of Highest Rank of the Archangels and Commanders of the city of Aigio where he became a monk in 1989.

He was ordained a deacon in 1991 and then a priest by His Eminence Metropolitan Ambrosius in 1996. He was elevated to the rank of Archimandrite in 1999 and appointed a Preacher of the Holy Archdiocese of Kalavryta and Aigeialeia in 2000.

He was appointed Abbot of the Holy Monastery Mega Spilio (lit. Great Cave) of Kalavryta (2003 — 2019) where he overviewed its complete renovation and got a standing ovation.

He got elected Metropolitan of the Holy Archdiocese of Kalavryta and Aigeialeia by the Holy Synod of the Church of Greece on the 11th of October 2019 and got ordained on the 13th of the same month by the Most Reverend Archbishop of Athens and All Greece, His Beatitude Hieronymus II, in the Metropolitan Cathedral of Athens.

He was ceremonially enthroned on the 23rd of November 2019 by His Beatitude Hieronymus II, in Aigio and on the 29th of November in Kalavryta.